December 9, 2014 - The Butte-Silver Bow courthouse rotunda was bustling over several days as crews worked to install the restored glass dome in the historic building. 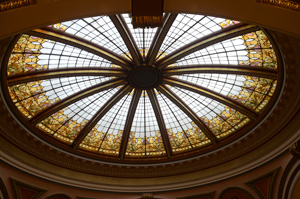 Butte-Silver Bow held a ceremony in mid-January 2015 to commemorate the dome restoration.

For more information on Bovard Studio, refer to their website at www.bovardstudio.com. 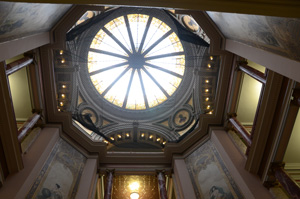 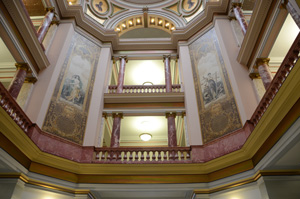